Trail run in the evening

Posted by clairesd at 1:35 PM No comments:

Our first night back home and we were focused on locating the essentials before bedtime: sheets, pillows, towels.
BR had his own idea of which box was most important to haul up from the basement storage room.

Today is the 70th anniversary of the WWII atomic bombing of the city of Nagasaki.  In Japan as well as in the United States, there are planned events and gatherings to commemorate the date and to remember the lives lost.
____

Earlier this year, our family visited the island of Tinian.  Afterwards, I wrote a few posts about how beautiful the beaches are there and my daughter posted some photos of the ancient latte stones, but I didn't say anything about one way that Tinian became famous.

Tinian's "North Field" is an abandoned airstrip from which both Bockscar and the Enola Gay took off on their bombing missions in August 1945.   Seventy years later, "Runway Able" is still surprisingly intact. 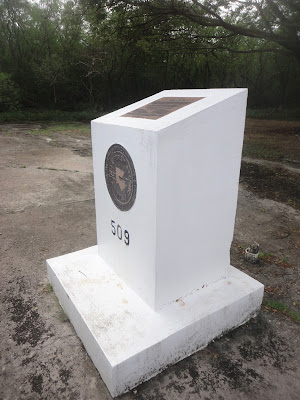 North Field is a quiet spot on the uninhabited northern portion of what is already a very sparsely populated island in a remote area of the northern Pacific.  When the jungle threatens to take over the unused roads and runways, evidently someone is in charge of trimming it back, even though tourists only visit in small numbers.  There are a few signs, some ruins of bunkers and administrative buildings, a handful of memorial plaques, and not much else. 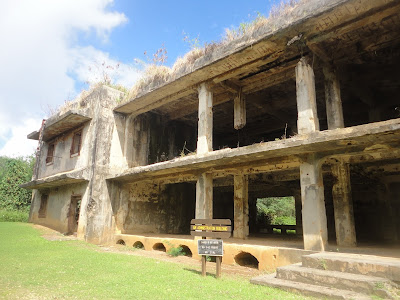 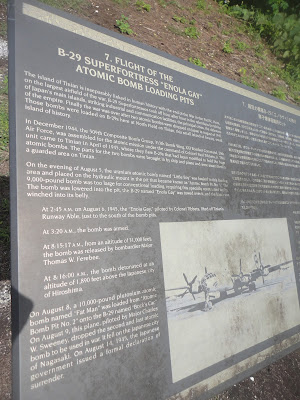 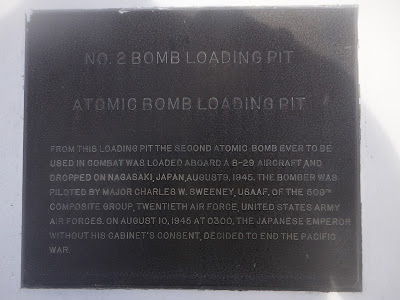 Jump ahead in time to just a few weeks ago in the history of our family: while in Japan, we visited Nagasaki and spent a morning in the Urakami area, at the Nagasaki Atomic Bomb Museum.  I did not take photos--I don't remember anymore if photos were even permitted inside the museum.  Afterwards we visited the Hypocenter, and the Peace Park and I have photos of those (but I cannot access them just now).

We learned a lot at the museum: about how the topography of Urakami saved the area from even greater devastation because the surrounding hills prevented a wider expansion of the radiation; how conscripted Korean workers in Japan suffered greatly from discrimination both before and after the bombings; how even those who believed they had escaped unharmed later died from radiation sickness; how the area of Urakami was mainly Christian, and people were standing in line for Confession at the Cathedral when the bomb was dropped at 11:02am on August 9, 1945. 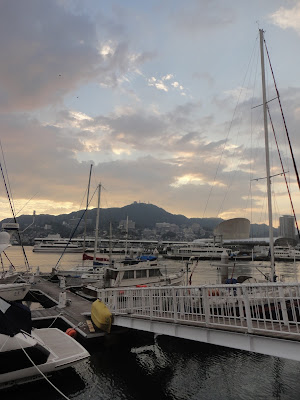 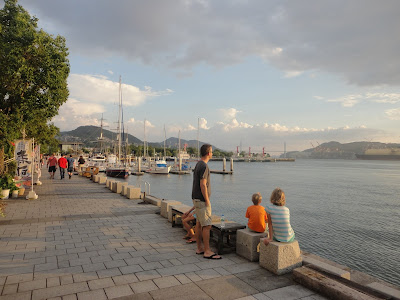 The night before our scheduled visit to the Museum, I was nervous.  Would it be too shocking and unbearable for the kids--for all of us?   I wasn't sure about showing up, as a U.S. citizen, to such a place.  Could this be considered too "casual" of a way to show respect for the dead--to visit as a tourist and stroll through some buildings and hallways?  I was worried. 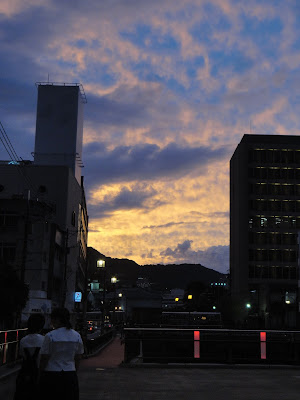 So here is what surprised me, by the end of the day, and of our time in Nagasaki: I ended our visit full of hope.  And for solid reasons, too: first of all, because there are so many visitors to this museum that is dedicated to spreading the message of peace and nuclear disarmament.  And just maybe that means that we all share a common belief: that peace between nations is something worth spending a bit of vacation time, and some money, thinking about.
Secondly, Nagasaki is a city that is very obviously alive and it has grown and even flourished over the past seven decades.  The soil at the Hypocenter has recovered and it has grown trees and flowers and plants, and only a few steps away are city blocks of residential housing.  People are living and growing here, too.
Reason number 3: It has been 70 long years since one of these bombs was dropped, during wartime, on a city that was just going about its business and completely unprepared for what was about to happen.  And that's a good thing.

One last thing: on the trolley ride on the way back to our hotel at the end of this day, we sat near a woman who looked to be well over 80 years old.  Maybe she was an atomic bomb survivor? we wondered.  And if not she herself, there are certainly residents of this city who have personal memories of that terrible day in the history of her city.  Hopefully they can help inspire, if only by their presence among us if not also by their activism, sincere efforts toward maintaining peace around the world so we will never need to mark another 70th anniversary like this one.
Posted by clairesd at 8:57 PM No comments:

Hiking from Magome to Tsumago (in Japan) 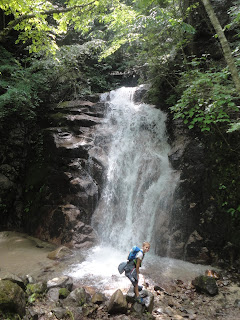 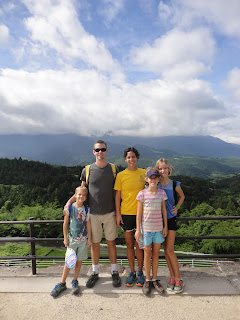 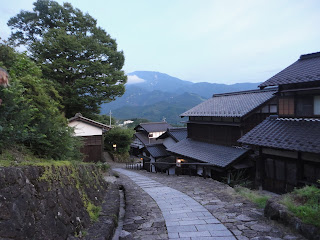 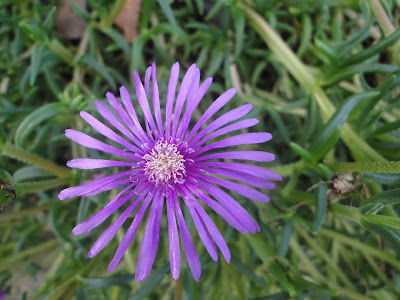 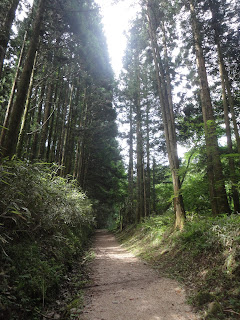 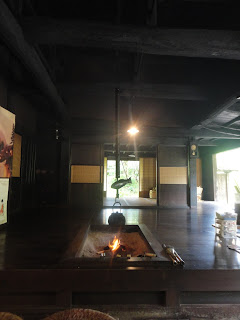 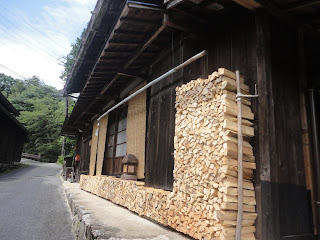 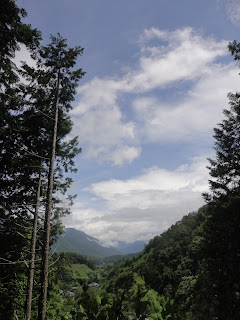 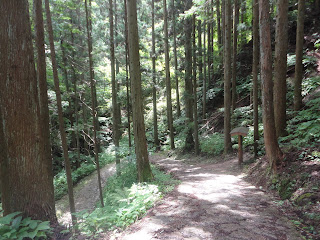 Posted by clairesd at 9:25 PM No comments: